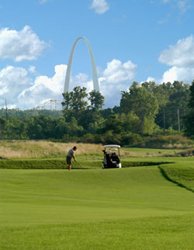 2008 marked a new chapter in the story of Walters Golf Management. Long tenured employees Jeffrey C. Smith and Lucy Hughes took new ownership of this growing company. In 2013 Jeff and Lucy took on two new partners in Aaron Gleason and Kelli Kirchoff. Although employee ownership marked a new beginning we are still very proud of our storied past and the road which took us to where we are today.

The story of our company’s involvement in the St. Louis golf industry began in the early 1960s when The Walters Family realized St. Charles County was in desperate need of its own golf course. In 1961 they purchased an overgrown nine-hole golf course that had been abandoned since World War II. Renovating this golf course proved to be a successful family project when the Bogey Hills Golf and Country Club opened for the public in 1962.

As St. Charles grew, the Walters family realized the potential of Bogey Hills and expanded it into an 18-hole golf course in 1972. Eight years later, they made the decision to turn it into a private club. Today, one of the nicest country clubs in St. Charles proudly hosts the annual Gateway Masters golf tournament.

As decades passed and Bogey Hills became an established part of St. Charles County, Dennis Walters and his friend Bob Whittaker, president of Whittaker Homes, began tinkering with the idea of developing a Florida-style residential and golf community in the St. Louis area. Nothing like this had been attempted in the Midwest, and, to many, the idea seemed far-fetched.

The location chosen for this project was 660 acres in southern St. Charles County between Interstate 70 and U.S. Highway 40. In the mid-1980’s, St. Charles was centered primarily around the I-70 corridor. However, with Whittaker’s knowledge and resources and Walters’ experience with Bogey Hills, the pair had the perfect recipe needed to turn their vision into a reality. The result was Whitmoor Country Club, which currently serves the community like no other family club.

Discussion about creating the Walters Golf Management company first occurred in 1992. At the time, the company managed both Bogey Hills and Whitmoor, but we understood that we had too few properties to support a golf management company and provide it with credibility and stability.

An opportunity to add another property to Walters’ portfolio presented itself in 1993. While on a plane returning from vacation, Walters and his friend Jeff Smith, who at the time worked for the PGA, created a proposal for an upscale 18-hole public golf course on a stack of cocktail napkins. The pair was awarded the project, again teamed with the Whittaker Family, and construction of the Missouri Bluffs Golf Club began. 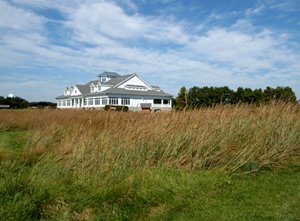 After the Bluffs opened, the true vision of the management company began to unfold. The Walters Golf Management style of creating a successful golf establishment was to create a customized set of demographics that would allow each golf course to fit neatly into the area for which it had been created. Each establishment would have its own price structure, design and investment group. Walters Golf Management opened its doors in 1996, with the addition of staff member Lucy Hughes. This addition served to round out the foundation of what today is Walters Golf Management’s Executive Team. The company began its growth process at this point with numerous potential projects, and the portfolio that is still growing.